of a Traveling Nun

In my last post, I discussed the loss of physical touch in American culture and the role it’s played in stripping gay people (and everyone else) of access to non-sexual affection. Today, I want to talk about an even deeper trend. The decline of social capital.

There’s an elephant in the room when it comes to LGBT+ issues, and many Christians will never admit it. It’s like there’s this collective fear that if we let the secret slip, then all the hordes of gay people who were going to live a celibate lifestyle won’t buy it anymore. News flash — most of them don’t buy it already.

So I’ll say it again. Celibacy is becoming impossible thanks to our declining social reality. And it’s time we did something about it.

In the past, a variety of social institutions provided us with robust centers of community. From union membership to PTA involvement to even something as simple as joining a bowling league (as Robert Putnam described in Bowling Alone), associations sprang up out of a deeper sense of togetherness in American community. Everyday life provided a context for meaningful relationships to flourish.

But about 70 years ago, Robert Nisbet observed that alienation and cultural disintegration were the outstanding characteristics of contemporary time (check out his book, Quest for Community). He feared that the erosion of American community charted a course to where only the individual and the all-powerful State would remain.

Just one generation later, his words have never been truer.

You can feel it. When browsing through social media photos of people you haven’t seen in 10 years. When spending the day with colleagues whose knowledge of your personal life is limited to the pictures you keep at your desk. Or when giving a stiff smile to the neighbors who pass you by in the park.

The weakening of social connections took place at the same exact time that people became “sexually liberated.” The result was the perfect storm. As communal ties slowly decayed, people increasingly stockpiled their relational needs into “the one.” A significant other who gets to play jack-of-all-trades in the person’s relational life.

Everybody everywhere is now searching for love and no longer finding it apart from romance. Popular articles have headlines like, “Finding Real Love” or “12 Basic Rules to Find Love.” Click on the links, and you’ll discover they’re not really about “love” at all, unless you narrow down the concept of love until it’s unrecognizable. They’re about finding a romantic partner. That’s what “finding love” has come to mean nowadays. Fewer and fewer people have people anymore. Instead, they’ve got significant others whose relational obligations are becoming ever more exhaustive as community continues to wane.

It’s not rocket science, and the LGBT+ community has been more than forthcoming about it. It’s written all over the signs at Pride events, printed on t-shirts, shouted as slogans. “Love is love” – “This is what love looks like” – “Embrace love!” Why do gay people want to get married? For the same reason that anyone wants to get married these days. For love.

Thing is, there’s absolutely nothing wrong with a gay person searching for love. We all need love. What’s wrong is a lost culture with such bleak social conditions that we stockpile love into marriage. It’s not just wrong for gay people. It’s wrong for everybody. But that’s the reality of 21st century America.

Responding as a Church

When it comes to LGBT+ issues, the first and most important concern for the church is not that gay people are getting married. It’s that Christians, including LGBT+ believers, are not finding relational satisfaction apart from marriage and/or romance. Love and well-being are no longer communal endeavors, and vibrant relational connectedness is becoming increasingly esoteric.

While I’m a firm advocate for the celibate lifestyle and remain very committed to a traditionally biblical sexual ethic, there’s nevertheless a hard truth that Christians need to face. Biblical celibacy should never require a greater relational sacrifice than giving up sex. But in today’s relational economy, more often than not it does. When you tell a gay person to be celibate, you might as well tell them to be lonely. It’s the truth we’ve got to admit. The truth we need to change.

Shouting, “One man, one woman!” louder and louder isn’t the answer. The answer involves a careful examination of American community, a look into the reasons why denying the right to marry has become synonymous with denying the right to love, and a willingness to fix these problems, at least within the church.

In God’s reality — which is the actual reality — celibacy is more than just feasible. It’s actually preferable. But biblical celibacy depends upon biblical community. This means that before discussions of celibacy will ever become fruitful on a larger scale, Christians need to be willing to address our social condition. At the end of the day, we can’t expect celibacy to be attractive to a gay believer if it’s not even remotely attractive to a straight believer. If you yourself don’t want the product you’re selling, then why are you selling it?

I’ve already discussed a number of ways that the church can begin to address this cultural moment (check out my previous posts). Stop idolizing marriage and the nuclear family and instead start actively defending what the Bible teaches: that the body of Christ is just as important as (if not more important than) marriage and biological connections (1 Cor. 7). Start seeing friendship as a profound embodiment of Christ’s love toward us, equal in profundity to the embodiment of his love through marriage (John 13:34; 15:12-15). Teach Christians to redefine their notion of “family,” no longer as a biological reality but as a spiritual one (Matt. 12:46-50). Get comfortable with displaying affection (Acts 20:37).

To be fair, many churches already have a number of systems in place for building community. Things like small groups, potlucks, programs, classes — the structure is there, but the mindsets need to follow. After all, Jesus did say that people will know that we are Christians by our love (John 13:35). Somehow I don’t think he was talking about romance.

This error message is only visible to WordPress admins 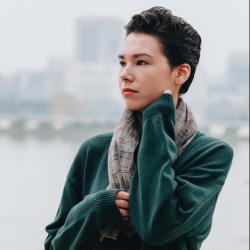